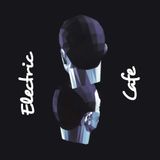 As musical co-conspirators for over a decade, Abasi and Glyn have always had a bit of difficulty colouring within the lines.

Hosts of the infamous Big Trouble night at the Lotus, and stalwart staples of the Legendary Long Weekend and other Intimate Productions events, these two have gained notoriety for their deep crates and fondness for connecting the dots between different sounds. Together, they have opened for pivotal electronic figures such as Carl Craig and Moby, and individually have played alongside a diverse array of world-class talent, from Hardfloor to Tim Hecker.

At present, Abasi can be seen behind the decks warming things up for many of Intimate Productions' shows, as well as select underground events around town. Meanwhile, Glyn is mostly likely to be found in the studio, working on remixes and edits, as well as performing live with producer and saxaphonist Iain Duncan. Together, they're excited to return to the world of podcasting.