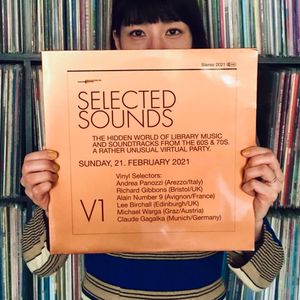 Passion in my own dictionary is synonymous with obsession. I started collecting records at the “tender” age of 14 when I took the first steps into the mod scene and then I had the chance to dj as a guest in many clubs around Europe. My first love musically speaking were Jazz and R&B. Since the day I watched for the first time “Four flies on grey velvet” by Dario Argento I immediately felt in love with B-movies and their soundtracks. Suddenly, I discovered the strange world of Library Music and I became obsessed by that...and, of course, by its covers. What I do love about this odd style of music is the freedom, the mistery behind every record and the non-commercial aim: an unconvetional expression. I’ve been running the Solid Groove Club in my town with Elena Annibali - check it out! Last but not least I’d like to thank Claude and Michael for realising this event and inviting me. As Claude already said: expect the unexpected.