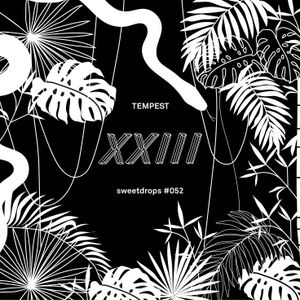 Age: 23. Name: TEMPEST. Location: Porto, Portugal
Everything started off three years ago with attempts of a sound somewhere between jazz and post-dubstep. The interest for the machines that were creating those sounds raised and next thing he knows he was producing beats, working loops and using 808’s. Things got a little more serious and education became a need with courses in music production.
His influences go from MF DOOM, Deltron 3000 to Gorillaz and Daft punk and land in a place between electronic beats and hip hop called James Blake.

“I.873” is a work in progress to be released in April with XXIII. TEMPEST is a local producer and the connection with XXIII opened the door for this sweetdrops. 23 tracks that show his influences and what’s been playing on his speakers.