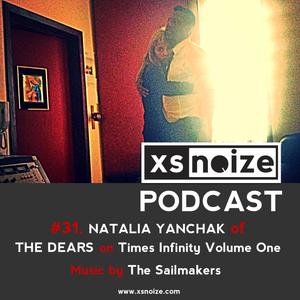 Welcome to episode #31 of the XS Noize Music Podcast. On This week's show Mark Millar is joined by Natalia Yanchak Of The Dears.

This weeks featured track is 'Golden Ratio' by The Sailmakers. Siphoning ounces of that baggy swagger from the spectacular Urban Hymns, and pumping their own brand of mellow psych into the mix, The Sailmakers give us another taste of what they’re made of, and they’re proving a force to be reckoned with.