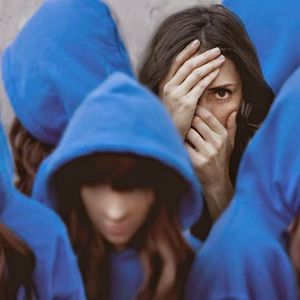 Gazelle Twin is the stage name of Elizabeth Bernholz (née Walling) - a British composer, producer and musician from Brighton, England. After singing in bands and experimenting with classic and folk styles she discovered pop, darkwave, electronic, and experimental music which she produces as Gazelle Twin. After a demo and 2 previously released singles her debut album, The Entire City, was released in 2011 to critical acclaim. Her latest album, Unflesh, was The Quietus' Album of the Year 2014.

"She deploys brittle, unyielding sounds that throb darkly in the background or that suddenly and mercilessly close in and attack; propulsive beats, when they occur, stoke tension rather than dancing. Ms. Bernholz sings, chants, wails, pitch-shifts her voice or chops it up. In her synthetic universe, nothing is stable and anything can be a threat, a condition she greets with matter-of-fact bravery even at her most fragile moments." (NY Times)