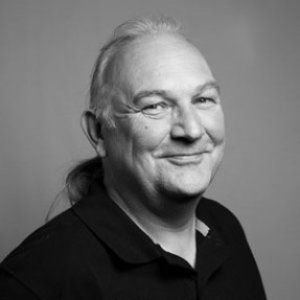 The Icicle Works and Echo & The Bunnymen.

I live, breathe, eat and sleep music. My dad gave me my first record player when I was about four years old and that was that.

I’ve been a DJ since I was a teenager and feel privileged to make a living doing a job I really enjoy. I have worked for Radio City hosting events and road shows, but my first taste of radio was with MFM here on Wirral, broadcasting out of their studios in The Old School House in Birkenhead. A spell at KCR in Prescot then followed on ‘the other side’. I became involved with Wirral Radio after talking to a colleague who was at the station and came on board to help out with the sound editing, but soon found myself presenting. I currently present the local music show, giving unsigned bands from Wirral, Liverpool and the wider Merseyside area a chance to get their music aired, as well as playing some classics tunes from Alternative Radio to The Zutons.