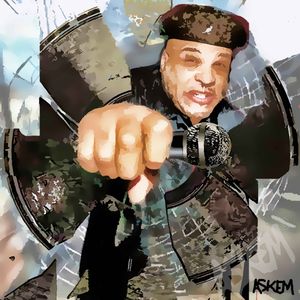 This show goes back 25 years ago to the day that Organized Konfusion released their second album "Stress: The Extinction Agenda"! Riz, starts the show off with Terence Trent Darby "Sign Your Name"! Riz, went in with the Dope Blends of hot joints and playing Classics! Riz, was the influence to start Old School Flava Night w. Troy Swift! Riz, had me really open that night!! Westbury Legend Big Father Marv R.I.P. was in the building that night to talk about Westbury Day! We then interview Organized Konfusion We talk about the Music industry and their thoughts of the Music Business! We also talked about the Late Great Dave Funkenklein R.I.P. who did so much for Hip Hop and so many people myself included! Riz, plays their new single Stress after the song ends I play their joint "Memories Of Love" when they were A.K.A. STP Simply Two Postive MC's! Which came out 7 years prior! They were surprised and had a good laugh They were the first Hip Hop group that I had interviewed on WBAU in 1987!!

Was the first third of this mix always blank? I listened to this again after a couple of years and it still blew me away. You and Riz were such a great pair. I love your interviews and Riz's scratches and blends.

Thanks Wildman Steve! Another excellent mix