Are We Getting Real News w/ Investigative Journalist, Russ Baker, of WhoWhatWhy on Cafecito Break 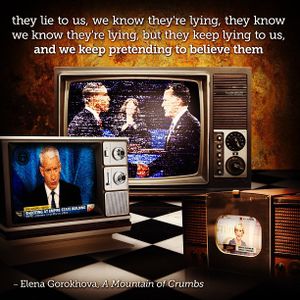 Are We Getting Real News w/ Investigative Journalist, Russ Baker, of WhoWhatWhy on Cafecito Breakby WhoWhatWhy

This show was 7th in the global news chart.

FOUNDER AND EDITOR-IN-CHIEF of whowhatwhy.com, Russ Baker is an award-winning investigative reporter with a track record for making sense of complex and little understood matters-and explaining it to elites and ordinary people alike, using entertaining, accessible writing to inform and involve.

See below for highlights of Russ Baker's Professional Experience:

Contributor: The New Yorker, Vanity Fair, The Nation, The New York Times, The Washington Post, The Village Voice and Esquire and dozens of other major domestic and foreign publications