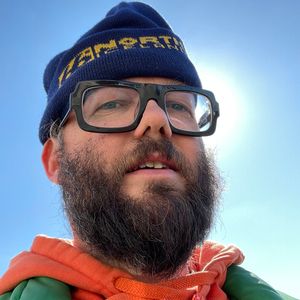 1.
Hlíð means hill and is by a longtime collaborator of mine and great friend Tómas R. Einarsson wich plays the contrabass. I have traveled with him to Havana several times to record his music. This song is played by him and another friend and great musician from Iceland keyboardist Eyþór Gunnarsson.
*Riesling trocken 2018, Weingut Klaus Zimmerling
2.
Fragments is from a favorite album of mine by skúli Sverrisson (bass) and Óskar Guðjónsson (saxophone) called boxtree
two of my favorite musicians which again happen to be good friends.
Check out their solo work and other collaborations.
*Verdelho Vinho Branco Madeirense 2018, Barbeito
3.
Great for the bbq season :)
here is a fantastic band that i discovered when on my way to Sierra Leone a few years ago. Its a collaboration between Sierra Leonean kondi (thumb piano) player Sorie Kondi and US producer / DJ Chief Boima, who himself has Sierra Leonean roots.
the song is Yeah from their album Belle Wahallah.
*Syrah Collines Rhodaniennes Les Monestiers 2020, Domaine les Bruyères
4.
Since this whine is from Portugal i had to find something with portogese roots and what better then something from Brasil?
Brazil-born, L.A.-based guitarist Fabiano do Nascimento is deeply rooted in Afro-Brazilian jazz, folklore, bossanova and samba. Here is a favorite song of mine from his album Danca do Tempo from 2015
*Abanico, Dão Tinto Reserva 2016, Casa da Passarella
5.
The bonus track:
Peace is a song from my last big album 4 Hliðar that came out in 2013 and is the reason why my band was playing in Stuttgart in 2014 where we met Bernd Kreis and ended up in his graet winebar dj-ing vinyl records and drinking into the night.
One of my best nights.