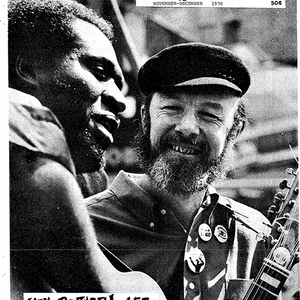 This show is Part 2 of our series on the alternative soundtrack to the recently released programming on the Vietnam War produced by Ken Burns and Lynn Novick. It features songs from Broadside Magazine. For listeners not familiar with Broadside, it was a resource for cultural activists, who needed a home for their politically-oriented music. For Movement partisans, it was a space to watch for the latest lyrics to sing during sit-ins, on the picket lines, during demonstrations, and in the jails. Broadside balladeers supported the struggle against the war in Vietnam, by participating directly in the various actions taking place around the country, and in some cases the world. Singers-songwriters also educated audiences, and raised money for the cause. So, when the first issue arrived on the scene, in February 1962, it was welcomed with open arms by the progressive front. Listeners will hear tunes performed by Bob Dylan, Pete Seeger, Phil Ochs, Magpie, Thom Parret, and Paul Kaplan.

Great show! Thank you for this alternative music from Broadside Magazine. This is more relevant to me than Burns/Novick propaganda film.