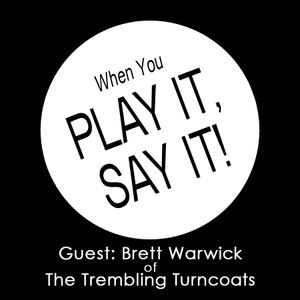 Brett Warwick, lead singer and guitarist from the New York based band, The Trembling Turncoats, joins me to talk about his songwriting process, including some personal stories behind cuts from their albums Summer Complaint and Isotopes for Lonely Hearts. We discuss some of his influences, ranging from Elvis Costello and Harry Nilsson to the theme from the Wonder Woman television show, while I gradually become more and more incoherent from drinking tequila too fast after a month long dry spell.