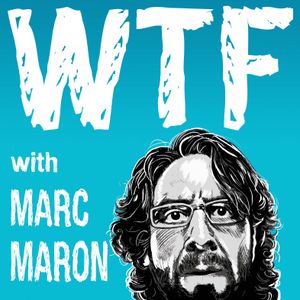 Danny DeVito is one of America’s most beloved actors and that’s true across multiple generations. Whether it’s because you came of age with One Flew Over the Cuckoo’s Nest or watched Taxi every week or accepted his version of The Penguin as definitive or followed his antics with The Gang for 14 years on It’s Always Sunny in Philadelphia, Danny is probably someone you feel like you know. Marc takes the time to know more about Danny, finding out about his Jersey Shore childhood, his days as a gardener and hairdresser, and his life behind the camera, directing favorites like Throw Momma from the Train and producing movies like Pulp Fiction. This episode is sponsored by Squarespace and SimpliSafe.