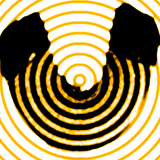 Never miss another
show from Vanilleclub

"We probably genetically modified our little kitchen radio when we accidentally spilled a packet of vanilla powder while baking. Straight into the radio. Since then it has smelled when it's on. But unfortunately that's not all. After a week it has small, proliferating germs formed. After the kitchen had grown so overgrown that we could no longer reach the fridge, we realized that our radio now needs regular maintenance. It sounds different now, it even started blooming yesterday!

Because it smells so nice, we gave it to RADIO X FRANKFURT. We meet there once a week now - in the VANILLECLUB."
- Max Schumacher / http://www.vanilleclub.de