Edgar Bąk - Terrestrial Is An Example Of The Cosmic 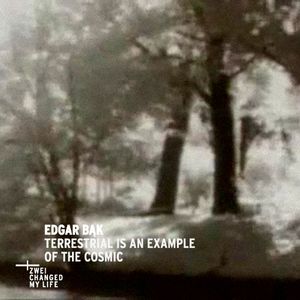 I remember it had all begun a bit before Viva Zwei. One day back then I got a VHS to record some metal music show broadcast on some music channel. Thing is, I didn't set the VCR properly and it ended up recording something entirely different from what I'd intended. One Saturday morning, accompanied by my parents, I watched the tape. The video depicted someone picking up the phone receiver, shot by shot, loop by loop...for 6 minutes. My dad set out to mend the tv and I already knew at that point that guitar music was essentially a dead-end. I became aware of some parallel universe.

In a nutshell – exposing myself to hours of recorded videos I decided to take up graphic design studies. It was predominantly determined by the desire to communicate with others by means of the same emotional content I myself had experienced at that time.

The aforementioned prophetic video – Ring Ring by Kotai – is included in the tracklist. Enjoy!

Nice one! Thanks for sharing :)