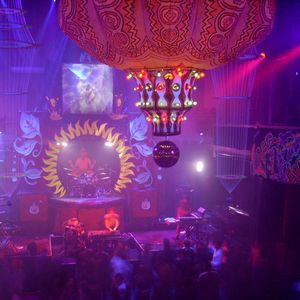 Eat Staticby One Hour Of Tribute

Eat Static is an electronic music project from Frome, Somerset, England formed in 1989 by Merv Pepler and Joie Hinton. Hinton left the group in February 2008. Although most often associated with the psychedelic trance genre, the band actually span almost all forms of dance music, including ambient, dub, techno and breakbeat. The electronic elements are frequently mixed with elements of Latin and world music, jazz, which helps to give the band's work its distinctively tongue-in-cheek humour.

I feel an adbuction coming on...

More from One Hour Of Tribute