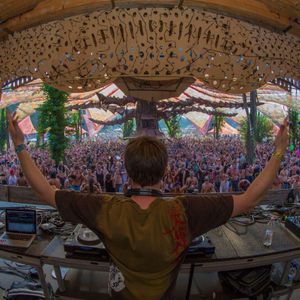 Behind the name, Liftshift is Eric Bijl, the producer from The Netherlands. As a direct spawn of the Amsterdam psychedelic influence of the '90s, Liftshift has characterized himself with a crisp, colorful, and Psychedelic sound. Liftshift has 80 releases on Flow Records, Spin-twist, Neurobiotic, Sourcecode, and Zero1 music, 2 full-length albums, and collaborations with other famous artists like Ajja, Zen Mechanics, E-clip, Sonic Species, Allaby, and many others. In the past years, Liftshift has been touring the globe extensively. He performed at major festivals - Ozora, Boom festival, Rainbow Serpent Festival, Universo Paralello, Fusion, and Exit festival. Eric Liftshift also produces and performs under the name - Obliviant, and Loonacy (with Dust). Liftshift sound is having a wide scale of fantasy and an extra pinch of psychedelics inside the progressive side of the genre. Trancentral is proud to share the new mix from Liftshift!

Killer sound - loving it. Makes me miss the festivals even more, just wanna go off on the floor