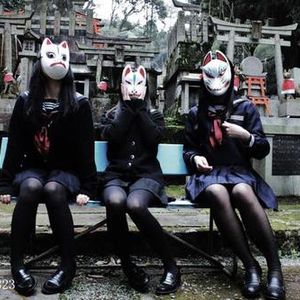 We open up this installment of Uneasy Listening with two Japanese guys, recording the afternoon sounds of a market in the the south of France, but then as the night falls, we continue down some seedy back alleys and journey on with a much darker sound. Moving first into some moody trip hop bass with Mark Pritchard & Steve Spacek. Some original driving acid techno from Underworld. Armand Van Helden's dub mix of the Sneaker Pimps, with that half speed breakbeat. Classic proto-punk, remixed with a heavy drum break. Some mashed-up 2001 spoken sci-fi words that aren't quite how you remember them. Then moving back into the heavy bass and breaks with DJ Food & DK. More spoken sci-fi words from Blade Runner. Rolling acid techno from Zomby. Eclectic Method chopping up a Hexstatic beat. the soundtrack king, Ryuichi Sakamto remixed into an atmospheric monster before slowing it all down with a Tom Waits classic... definitely music to play in the dark!