October Radio - Build Up To Halloween 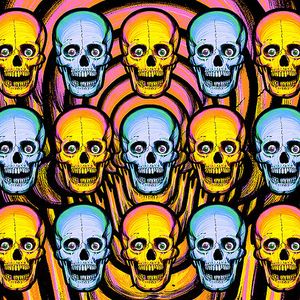 Here’s a pretty random 3-hour collection from my computer...

When no one is around, I find it fun to sing along as loud as possible with The Weeknd singing about how he can’t feel his face. (I took an informal poll to see if folks thought it was a metaphor or a simple drug reference—and, if so, what drugs?)

A new Beck tune references an MGMT song from a number of years ago, though I hope it’s a winking reference!

I saw Micachu & The Shapes live a couple of weeks go. The soundtrack she did to Under The Skin is perfect for that very creepy movie.

I also saw FKA twigs a bit before that with a host of flex and other dancers in a warehouse in Brooklyn, which was an amazing show.

Jenny Hval ignores all the song rules in a beautiful way.

Sam Dew has a moving voice.

Simi Stone's joined me at Carnegie Hall a while back, singing with the Brooklyn United Marching Band and steppers.

Hope you find something of interest here—and maybe something even worth following-up on!

good saund,sometimes only music can help

Brilliant, thank you so much!

Whoa... not one, but TWO tracks from the great Simi Stone debut album inside the first 20 minutes! Thank you, DB... I've been a massive fan of that girl since I first saw her play with The Duke & The King, and to see her making her own record... with some of the best musicians in the States... is so exciting.

not right place for winphone