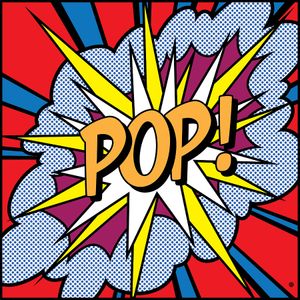 In my world, certain people look down their noses at pop music. I believe they consider it inauthentic, pandering, manufactured and lacking any intention other than being a “hit”.

Most of the songs on this playlist are total earworms for me. They're not all current—I’ve been accumulating them for some time, but I sense they do have something in common. Though the sounds and styles vary, I’d say that one has to admire the skill and craft involved in the creation of these hooks, the incremental dribbling out of little surprises and the production that holds your attention.

I subscribe to most of those aims and values as well, but I’m saddled with trying to keep my eccentricities while still having catchy choruses and an accessible sound. I listen and learn from these songs and their production, while still perversely holding onto the idea that I can also do it my own way.

meh... don't much care for the "production" sound and breathy vocals. Just my take on it.

Thanks David for this palette of ppopp! Not all my personal favs but please keep up serving all those spices of music in our lives.

Thank you David. You always put out fun playlists. I wish I could have seen you in San Antonio, but you know,scalpers. I love you and Perfume Genius.

Thanks David... as usual

the Mondo Twang Podcast4y ago

I used to go to David Byrne to turn me onto cool shit...no more....I have no idea why the Pixies is on here...as for the rest of, I could've found this shit on the playlist of the average sorority girl.... Grimes is pretty cool, though, but I already knew her stuff. I just don't get it. Is listening to to Top 40 the new 'edgy'? Bring back snobbery, please.

A nice thing about making mixes is that it's a representation of what you are into - at that moment. If all that you're into is pop music, then that's what your mixes will frequently, if not always, consist of. I don't see Byrne doing that here on Mixcloud. He hops around giving folks the chance to explore. I try to do that as well. It would be good for you to keep that in mind. Just a suggestion.

Great collect of earworms, I love many of them. They tap into my long past 16 year old unhinged psyche.