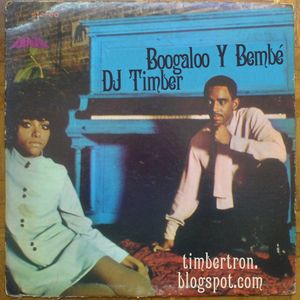 Welcome to Nueva York, bienvenido a los swinging 60's!! Boogaloo, Mambo Jazz, Descarga, Guaguancó, Bembé, Shingaling, Latin Soul fue la cosa! Almost all of the songs in this mix were recorded in 'La Gran Manzana' between 1966 - 1971, before 'Salsa' was called 'Salsa', when 'mini faldas' were 'de moda' & when you had to be 'bravo' to 'rumbear'. This mix has 'un poco de todo' & everything comes with the 'mismo sabor'. Bien bravo y bien bailable! I had thought of doing a 100% boogaloo mix, but then I thought that would be an injustice to the 'bigger picture' of music that was being played at the time. The influence of soul, funk, jazz & New York itself on 'la música latina' has produced (& continues to produce) a lot of great music, this is my 'pequeño' tribute...así que: sin más demora...A GOZAR!!!