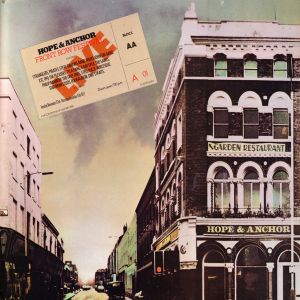 Britannica:
"Pub rock, British back-to-basics musical movement of the early and mid-1970s that provided an alternative to progressive and glam rock. Although a relatively short-lived phenomenon, pub rock was notable both for returning rock to the small clubs of its early years and as a breeding ground for many of the punk and new-wave artists of the late 1970s. Practiced in London pubs such as the Tally Ho and the Hope and Anchor and rooted in country and rhythm and blues, pub rock stood in sharp contrast to the baroque flourishes of art rock. Rejecting the flamboyance of glam, pub rockers performed in everyday clothes. While even the best-known pub groups—Brinsley Schwarz, Ducks Deluxe, Dr. Feelgood, Bees Make Honey, and Ace—never achieved widespread popularity, the pub rock scene gave rise to a number of critically acclaimed performers, songwriters, and producers (often in the same person). These included Joe Strummer of the Clash, Nick Lowe, Dave Edmunds, Squeeze, Dire Straits..."