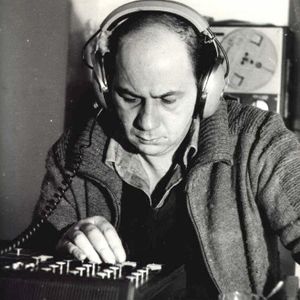 This show was 39th in the global ambient chart.

One of the most important contemporary musicians from Romania, composer Adrian Enescu played a vital role in the music scene's development of the '70s and '80s. He also pioneered the local electronic scene during the 1970s-80s and has released notable albums such as 'Basorelief' and the 2 volume 'Funky Synthesizer' LP. He is the producer behind many famous Romanian pop albums and released his own music under his name and also under the Stereo moniker (together with Romanian singer Crina Mardare), being one of the first disco projects made in Romania.

'Short Stories' is a retrospective mix comprising a thoughtful selection of hard to find and - even - unreleased music of Adrian Enescu, a voyage through 'Carpentesque' ambient, early jazz, movies scores and much more.

More from The Attic