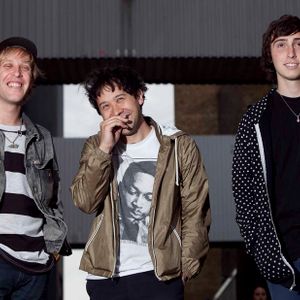 Treasure-trove mix of peculiar, backwoods psych and lo-fi intrigue from Unknown Mortal Orchestra frontman Ruban Nielson, whose self-titled debut for True Panther Sounds is one of our faves this year. For the tape, Ruban chose a smattering of tracks by artists who influenced his writing for the record, including a host of luminaries from his native New Zealand (The Clean, Tall Dwarfs, Gordons et al.) as well as a few from further afield (Canada’s The French Church, oddball French pop star Michel Polnareff). Read more here: http://bit.ly/r8G0lc

More from The Stool Pigeon