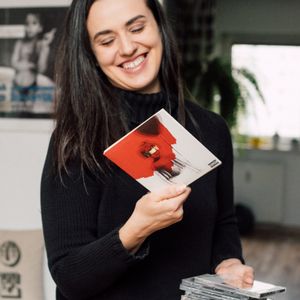 Whether it's techno, experimental, house or juke, Poland's underground electronic music scene is thriving in every aspect, sprawling much further than its core musical cities of Krakow and Warsaw.

In the west of the country sits Poznan, the home ofProjekt LAB club resident Monster, a DJ fuelled by two passions: the melodic sounds of the '80s and '90s and political activism.

Her work as an advocate of the scene, particularly as a member of Oramics - a collective and platform that support women, non-binary and LGBTQ+ people in the Polish and Eastern European electronic music scene - has become an important means of raising awareness of marginalised groups in her home country.

We invited her to take control of this week's Alternative Mix and she's treated us to a euphoric blend of those melodic '80s and '90s sounds she loves: trance, acid, techno and rave, with celestial piano lines to boot...