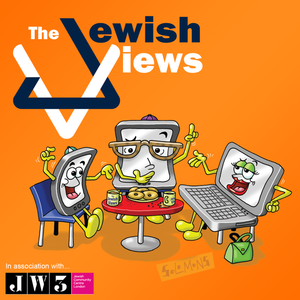 Professor of Judaic Studies, Natan Meir talks about 'The Cholera Wedding' which was a peculiar ritual that emerged among East European Jews in the 19th century.

London-based Middle East analyst, Jonathan Paris on 'Israel faces Iran and the world in a Middle East with an uncertain America' as well as reaction to the recent Gaza conflict.