The Fools That Follow: Straight to the Point - Issue 03 STATE vs QUEEN 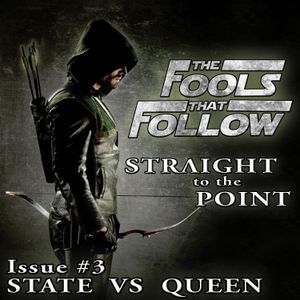 This week Jake Frost and “That Guy” Todd are joined by guest “Invalid Effort” Keanan. The trinity of heroes sit down and talk about this reveal-laden episode of Arrow and discuss the possibilities of Solomon Grundy being on the show, as well as the return of Malcolm Merlin and the uselessness of China White. They also give their input on recent Arrow announcements like The Arrow ditching the face paint, DC stirring the Nightwing rumor pot, and the introduction of Nyssa Al-Ghul and “flashy puns”. (see what I did there?)

And that… is just the tip.