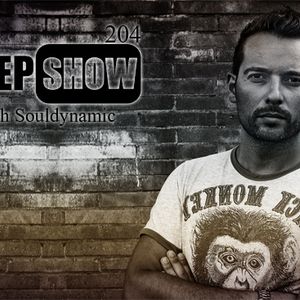 Italy's Souldynamic duo "Luca Ciotoli & Stefano De Magistris" first started producing House music in 2007. The music they arrange moves around House, Soulful and Deep. They had their first official release at the beginning of 2007, perfectly in time for the Miami WMC, on Zoo Groove Stereo Recordings, it was "The past as the future" track that had a big approval of many djs like Joey Negro, Jamie Lewis, Groove Junkies, Richard Earnshaw, Groove Assassin.

More from The Deep Show