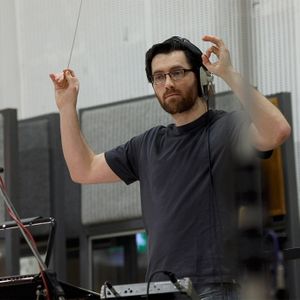 This show was 27th in the global classical chart.

Austin Wintory is an incredible Composer that has been behind the music of some quite frankly breathtaking scores for some fantastically immersive film and video game experiences.

He’s amassed some serious credits in the gaming industry with magical and excellent scores for games such as ‘Flow’, ‘Journey’, ‘Monaco: What’s Yours Is Mine’, ‘The Banner Saga Trilogy’, ‘ABZU’, ‘Command & Conquer: Rivals’, ‘Erica’, ‘The Pathless’ and many more under his belt, some of which have even won him awards including nods from such respected organizations as BAFTA, the International Film Music Critics Association and D.I.C.E among many others

He's also no stranger to a multi-million dollar franchise either, having lent his compositional expertise to such celebrated video games as ‘John Wick: Hex’ and ‘Assassins Creed: Syndicate’ and most recently, the exciting new action packed video game ‘Aliens: Fireteam Elite’. Austin joins Jon Brown for this special expanded edition of 'The Composer Series'.