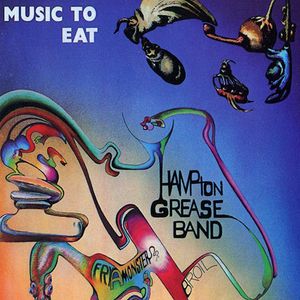 Glenn Phillips from the Hampton Grease Band joins The Audiovore for a special tribute to Col. Bruce Hampton as they look back over Bruce's singular music career and some of the wild and hilarious tales from their time together in one of the most uncompromising rock bands to ever come out of the Deep South.

Friday nights at 12th Gate, Sunday afternoons in Piedmont Park, 2 Atlanta Music Festivals, Music to Eat... Bruce, Glenn, Charlie and The Hampton Grease Band created the soundtrack of my teen years. Now, Charlie and Bruce are gone as well as my two best childhood friends that accompanied me to these concerts. I cannot count the number of times I saw this band, as they were also were often the opening band for huge acts when they came to Atlanta... Zappa, (The real) Fleetwood Mac with Peter Green, Zappa, and more. Now living in Southern CA, I understand that Glenn is coming to LA soon, hope to be there to see him. Honestly, I need this. I have a yearning that I simply cannot explain.

Bruce was truly one.