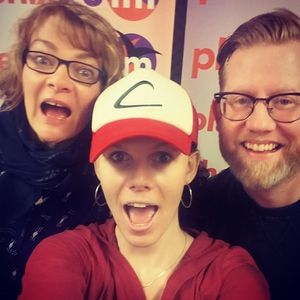 After a few weeks of solo broadcasting, Jordan welcomes fellow comics Sallyann Fellowes and Paul Ennis to the Phoenix FM studio for a right ruddy natter. The trio dissect the virtues, merits and limitations of "edgy comedy". Sallyann questions the nature of the "roadside shoe" and Liam Gallagher's "peanut head". Paul confesses to a "Birthday bump" assault.

Why are folk singers so hairy?
Which football team does God support?
Is Paul's cat haunting his family?
Who the f*ck is Kasabian?