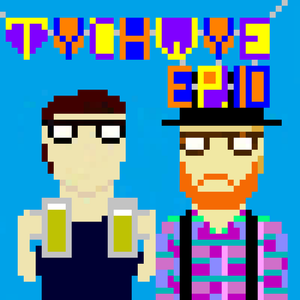 Welcome to Episode 10! We finally hit the double digits! In this episode we decided to continue not having a band as a theme and decided to go with cover songs. Everyone loves a good cover, unless they don't actually like covers.

This episode's middle segment features Texts with Sharmayne or possibly better stated as, Word(s) with Sharmayne (Listen to the episode... you'll get the joke).