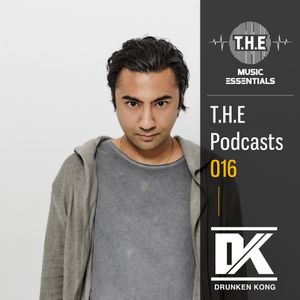 This show was 24th in the global tech chart.

Initiated in 2010, DRUNKEN KONG is the project of D. Singh.

Drunken Kong now take over the mantle of #THEPodcasts, and deliver a barnstorming techno mix, featuring music by tastemakers such as Sacha Robotti, Matt Sassari, Juan Ddd and loads more!