Sticks show with Valerie of The Three Degrees, Crissy Rock and Peter Straker 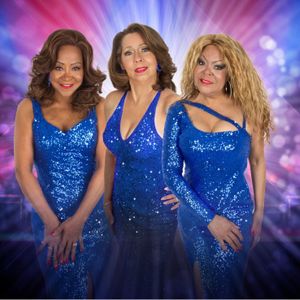 The Three Degrees and Freddie Mercury.

Three Degrees, Comedy and Queen on The Sticks show

Joining Terry Sullivan on tonight’s Sticks show at 8pm as his guests are Valerie Holiday of The Three Degrees, comedian Crissy Rock and singer and one of Freddie Mercury’s best friends Peter Straker, plus what’s on this week in Herts, Beds & Bucks in the local theatres
The Sticks show can be heard at 8pm every Monday exclusively on SG1 Radio (repeated on Wednesday 6pm)
#ThreeDegrees
#Queen
#comedy
#radio
#chat
#music
#guests
#sg1radio
#whatson
To contact Terry with your requests, special occasions and events email him at terry@sg1radio.co.uk

Or listen using our mobile app while you are out and about or in your house or garden - Download the app NOW !!
@ https://itunes.apple.com/us/app/post-code-radio/id819490931 or
https://play.google.com/store/apps/details?id=com.postcode.radio

More from The Sticks Radio show