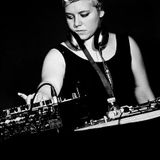 Never miss another
show from SwinginKitten

DJ Swingin' Kitten has deejayed across the U.K. and Europe with her unique blend of music incorporating everything from 1930s hot jazz, 1950s Rhythm 'n' Blues, Garage-Punk, Reggae, Ska, Soul and everything else in between.

She has played around various London clubs and venues (both by herself and with her DJ partner Miss. Chazmatazz) such as Studio 45, Black Cotton, Sweet & Dandy, The Lexington, Koko, Ronnie Scotts as well as other clubs around the U.K. Additionally she has co-organised and promoted her own events from 1940's balls, to Beatnik Nights in Soho.
She has supported a number of acts such as U-Roy, Toots and the Maytals, The Dandy Warhols, Battles, Carl Barat, Legendary Tigerman, Mr.Oizo, Peter Hook and the Light, and many others at Les Nuits Secretes festival in France and Turborock in Spain.

She regularly plays in her band Thee Dagger Debs which has also taken her across Europe. www.theedaggerdebs.com