Snooze with Tal and Cal Podcast Wednesday 27th November 8am 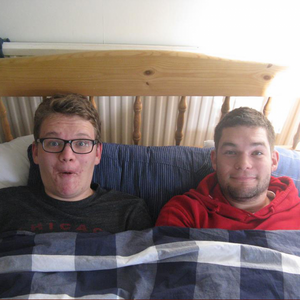 In the beginning; the Lord Said �let there be Surge� and there was Surge, and it was good. Then one day there was a call for a new variety of breakfast show....... A breakfast show that would transcend all that had occurred before, and pave the way for a new generation of pioneering breakfast radio. But that�s Wake Up Southampton, we�re the fellas that do the show before.

Snooze with Tal and Cal aims to be a nice chilled way to wake up and get ready for the day, with some light entertainment, self-deprecation, cheerful anecdotes, and once in a while a decent song.