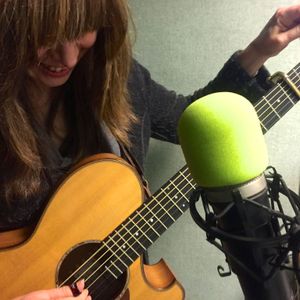 Two very fine sessions today, the first by Sarah McQuaid, who dropped by the studio on the way to Norwich during her UK tour, and the second by John Meed, who launches his new album "The Hills of Arran" in a few days' time. Plus there are songs by Ewan MacColl and Leadbelly to coincide with the release of two albums of recordings of their songs by other artists.