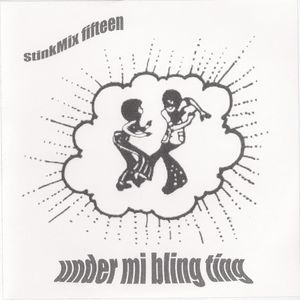 Bashment business from 2001 when Timbaland was ruling the roost and rhythms like the Buy Out, The Itch and Thunder were sending out genial warning blips about the tacky roads dancehall would later be led down. Back then though, this was exciting stuff as folks like Dave & Tony Kelly, and Frenchie, and plenty others experimented with pop shapes and created something new in the process. At the same time there was a good (almost last) gasp of hip hop reggaematical flavourisings from New York with Ayotollah etc and of course the long time stinking favourite Kardinal Offishall dishing out the damage over the border in T dot. There's a rare sighting of a Stinky Special taking the air outside of the crates with Cham's all purpose BdB dub Heading For The Top and shedloads more on a quick fire dancehall round that takes no prisoners and accepts no apology. Forward!!!