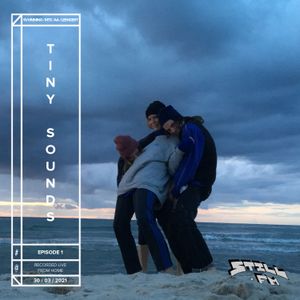 More on Tiny Sounds
Tiny sound is an invented concept referring to sounds that don’t “know themselves” as opposed to something like the sound of a piano which gets heard as such. ‘Tiny sound’ is something a bit more incomplete, it’s not sure of itself yet but is already in the world; on the street, in a conversation, a film or right in the middle of a polished track. Unlike sounds such as the piano, which can differentiate themselves, tiny sound is codetermining, finding each iteration, this time, this way, in relation. Composition would be an important part of the show, bringing ‘tiny sound’ into an experimental play of relation; at the small scale collaging with samples, one-shots and audio clips, at a larger scale, weaving tracks into a mix.