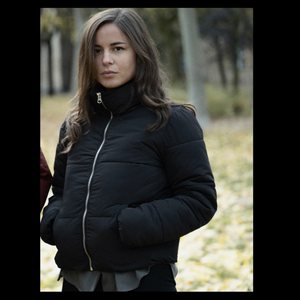 ,,Sara Persico (Naples, 1993) is an Italian audiovisual artist based in Berlin.
Her interest and research include a strong visual approach in her impulsive performances.
In 2018 has been selected for the Temp Studio mulPmedia residency in Lisbon (PT), where she presented her solo performance 7ST for voice, electronics and screening of videos. She has been part of the Amplify Berlin residency in April 2020. In October 2021 she presented her first audiovisual installaPon “Dammi sa manu, chi so gherrende” in ArgenPera for a project produced by Sardegna Teatro.