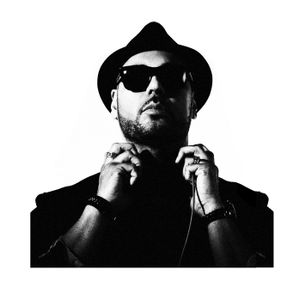 Born to Dominican Parents in Queens, New York in 1969, Roger spent his younger years soaking up the musical influences that were the lifeblood of his home town. It was the diversity of these influences, from salsa, blues and soul to disco, rock and hip-hop, that solidified Roger’s dedication to representing this spectrum of musical styles. Thus, Roger’s sound is impossible to pigeon hole, refusing to fit the template of any one genre:
“I have always listened to a wide range of music, taking different influences from hundreds of styles. The diversity of the sounds I hear influence different lines of thought when I’m in the studio creating something new”

After leaving college to follow his music-filled heart, Roger’s passion for DJing conquered his hometown, and the last days of the 1980s saw Roger spinning beats in the Big Apple’s most notorious clubs.

You better work Rodger Sanchez this mix is off the hook!! yours truly Rock X

Nice mix. Can you listen to my tropical house mix for the 2015 DJ Awards DJ Competition ? https://www.mixcloud.com/djquincyortiz/dj-awards-2015-bedroom-dj-competition/