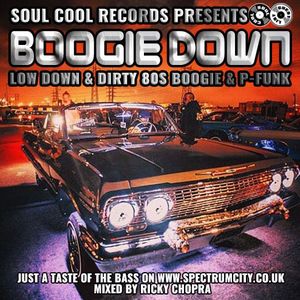 The DJ’s that summoned Disco into existence returned to their studios in the early 80s, and with the money, they made from cashing in on the popularity of Disco; This exclusive mix by Ricky Chopra from Spectrum City celebrates that transformative period in music. Ricky has searched through his collection to bring you some rare gems that you may have missed or never heard before.

Just a taste of the bass on www.SpectrumCity.Co.uk

Excellent mix! Loved every minute of it

Loved everything from selection, tempo and production

Do you have a tracklist?

Nice one for bringin' the struttin' mid-tempo cuts to the game and hints of P-Funk to open the party before heading to the post-disco vibes with B.B.Q Band etc - loved it!

Certainly one of the best funky mix ever. Thanks a lot.