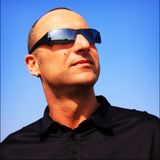 Never miss another
show from Slipmatt

Support Slipmatt by subscribing directly to this channel and get access to exclusive rewards.

I’ve been DJing all over the world in over 20 different countries to 1000’s of people every weekend since 1988. I’ve got a No.1 hit record under my belt which smashed the UK charts in the 90’s and I was signed to the same record label as The Prodigy and Adele. I’ve also worked alongside some of the biggest DJs in the world including Pete Tong, Carl Cox and Sasha, and have performed at some of the world’s most iconic venues like Space Ibiza, O2 arena in London as well as Glastonbury, Bestival and much much more… Would you like to hear more…? If so email please me at the address below

My World Of Rave Show is a platform for me to play the music I love on a regular basis... it's a bit of fun and it brings ravers together from all over the world...