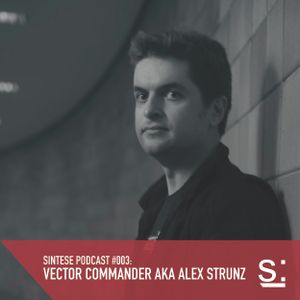 Alex Strunz is the Frontman of the Vector Commander and Machine Revenge production projects, Dj, Producer, Designer, Vocalist, Live Perfomance of analog machines and controllers. The producer of the front line of underground music, is
a multi-skilled workaholic and musical soldier with several skills, Boss of the Seal Extreme Forces and Creator of Vector Radio to 9 years by Future Music FM of London.