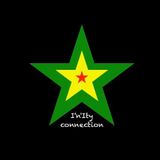 ★ I'n'Ity connection (pronounced inity) was formed in Jan, 2015 by two former members of THC Sound System, the oldest and longest-living selectors team in Greece (since 1989).
Mat Shunyo (aka Rudy) was one of the founding members of THC and Collie Youth joined the team a few years later. They have played in numerous clubs, festivals and events pon the beach all around Attica and in Greece generally.
Inity means unity in Patois. I'n'I is an expression used by the rastafarians when they speak about themselves, since they always feel connected with Jah and to one another.
Collie Youth & Mat Shunyo feeling especially drawn to music that resonates to the beat of the heart, select rocksteady, roots and dub tunes from the golden era of reggae music.
They are currently broadcasting every weekend on Dice Webradio (www.diceradio.gr) and perform dj sets on a monthly basis.