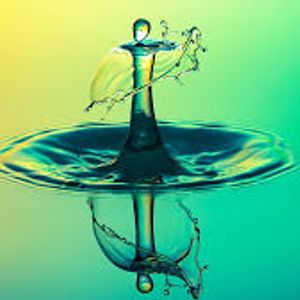 Love the Liquid side of D&B but never done a mix so here is my first - "Liquid Soul". The more soulful side of Liquid D&B. Shout to DJ Falcustone whose Liquid Pearls series has been a big influence. I hope you enjoy! Peace.

Tracklist below and in comments

''The people who influence you are the people who believe in you.'' - Henry Drummond
Very honored that you found the time to listen to Liquid Pearls series. I can only feel pride and gratitude.
The fantastic selection here, especially loves that you let the tunes breathe. Look forward to enjoying "Liquid Soul" II soon. Big ups and big respect my dear friend, really enjoyed your beautiful liquid set

So true Falc - great quote. Thanks so much for checking it out bro and your great feedback - means so much. Will definitely be a Vol 2 at some stage. I look forward to the next instalment of Liquid Pearls! Have a great day!🙏

Fucken loved it! You should do more of these matey. Top shelf. Smashing! Keep tha vibe alive. 🎼🎼☺️😎🎶.🔥

Mase, my test on this session was whether you, as a D&B aficionado, would like it so your approval means alot and will spur me on to volume 2 at some stage. Now I await your D&B session! We might even get one from Ste at some point- stranger things happen! Have a good evening and week back at work bro! 🙏

My D&B session has been released like a bad man in a block of public toilets. My mixing style or selection is absolutely the same as it is now ☺️😎

I think it was easier back then mixing D&B as the the tracks were longer and the intros and outros were sparser. These days some of the tracks are only 4 min and are full of melodies so can't get a really nice long mix.

I'd love to see a D&B mix from @Stefado but I'm not sure he can even spell D&B, so we might be waiting a long time! Catch you later 🙏🙏

Massively loved this Shep! I have one record that’s a d&b mix of Geoffrey Williams, Drive, that I just had to dig out after listening !! Took me aaages ! Congrats mate, this was a joy to listen to and I loved every second 👌👌🤩🎶🎶🎶.🔥 Have a great week ☺️😎

Thanks Rach - was something new for me so I am chuffed that you liked it! Must have a listen to that Drive track. Eternally grateful for your support and fine music - have a great week! 🙏

It’s Myerson Magimix - no thank you, I finally got my decks set up again just to listen to this track 😂.

As soon as I saw Myerson remix I thought Jamie Myerson - lovely track! Look forward to your vinyl mix!

What decks do you have Rachel?

Looking forward to listening to this! Now I'm back on the grid!

Thanks Craig - appreciate it bro. Enjoy the week ahead!🙏

Thanks Morris! Have a great weekend bro!🙏

Top set Shep love a bit of D&B and this has inspired me to start looking and downloading.. excellent

Hey Ed - thanks bro! Yeah, I am a bit selective with my D&B but it's a great sound - happy hunting! Disco Shed in the queue - have a great weekend! 🙏

Thank you Angus - appreciate! Have a great weekend! 🙏

Thank you Riccardo - glad you enjoyed it bro! Hope you enjoy the upcoming weekend too! 🙏

Hey DJ W.Roy - thanks bro! Really appreciate you taking time to listen and comment. Have a great weekend! 🙏