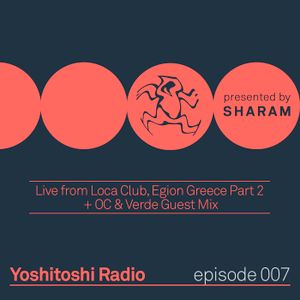 This week I have something very special for you, a guest mix from OC & Verde. This UK-based DJ duo shouldn’t need an introduction, but I’ll give them one anyway. From their hit track Massai to their awesome remix of Veerus’s ‘Beat That,’ which dropped on Yoshitoshi earlier this summer and tore up the Beatport charts, they’ve consistently shown themselves to be a production duo to be reckoned with. Before we get to that however, enjoy thirty more minutes from my set at Loca Beach Club, which you heard an hour from last week. - Sharam

WOOW so great!
Take a look to this set and follow me to weekly techouse and techno sets!
https://www.mixcloud.com/diwilodj/diwilo-bailad-malditos-1/