On the Road to the AMPhitheatre Mix 2 - Wakcutt 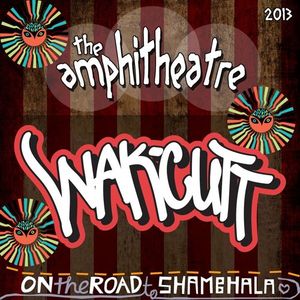 #on the road to shambhala#wakcutt#freedownload

Originally from Calgary AB, WakCutt was introduced to vinyl culture early in life by his father who was an avid record collector. He first took to the turntables in 96 and hasn't looked back since moving to Golden in 1997. Over the years, WakCutt has developed a taste and ability for mixing various styles of music seamlessly in his performances. He's definitely not wack on the cut - opening for the likes of Glitch Mob, A-Skillz, Nu-Mark, Buck 65 and many others as well as jamming on stage with Ed Solo, Greyboy, Maestro Fresh Wes, Josh Martinez, DJ dopey, and Mat the Alien. For over 13 years, WakCutt has been turning heads in Golden & across Alberta & BC. One listen and you'll hear why there's a strong demand for his talents across western Canada. - Expect to see more of this talented turnatblist s...