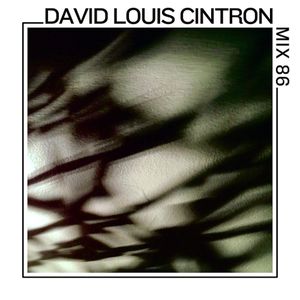 David Louis Cintron was born and raised in Cleveland, Ohio. He has been working as a multidisciplinary visual artist since 1990. His work has been featured in both solo and group shows. David is commissioned by musicians and labels, and creates all of the artwork for the 100.000 mix series.

David is also a songwriter and multi-instrumentalist who has been active since 1988. His longest running project is Terminal Lovers, but he is also active with Blind Spring, Black River Pilgrim, and others. He also played guitar for Pere Ubu on their “Lady From Shanghai” tour in 2013.

David has released two projects under his own name. The first “No On” was featured on the May 2019 list, “Best Experimental Music on Bandcamp,” and his newest, the “Leroy Tick e.p.” drops this week. While "No On" explores slow building soundscapes, the "Leroy Tick e.p.” focuses on tightly structured, short, instrumental pieces.