by School of Electronic Music
52:46 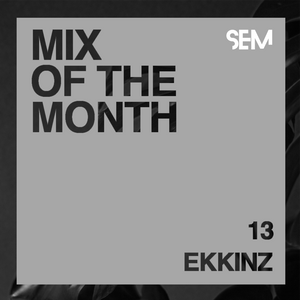 February's Mix of the Month comes from EKKINZ.
The North West based DJ and Producer structures his mixes with a classy selection of dark and vibey bass music. Expect to hear weighty productions fusing elements of dub, techno, breakbeats and more.

Ekkinz has been playing raves as part of the outdoor party scene since 2014 and more recently supported the likes of High Contrast and Dynamite MC at the Highest Point festival official after party. He was also invited to play a 2hr influences set on Limbo radio Mcr, showcasing his ability to mix genres like Garage and Dubstep all the way through to Footwork and Minimal Dnb. Ekkinz also played the Jungle Sale at Beatherder Festival 2018.

More from School of Electronic Music