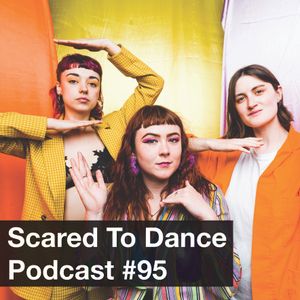 Our new music podcast returns with our pick of tracks from the past month.

Adwaith are releasing a double a-side on Libertino Records and we kick off with "Wine Time".

Night Flowers are set to put out their second album and we have the title track "Fortune Teller" alongside the farewell single from The Spook School and the latest Average Sex offering.

The Tubs are a new band featuring members of Joanna Gruesome and Flowers and we have their superb debut 7" "Silver Moon".

"Grime 4 Corbyn" is taken from The State of Emergency Is the Norm EP by Nice Church and there's "Catfish Kate" from the forthcoming Pixies LP.

Support Scared To Dance by subscribing directly to this channel and get access to exclusive rewards.